Note:  This is the third of three posts in an extended essay exploring my relationship with my father and my son through the songs of Cat Stevens/Yusuf Islam.

My son, Noel, plays baseball with the 78th Precinct Police Athletic League.  He has a great throw and a yen to learn pitching.  I am trying to teach him, and for inspiration I took him to websites with pictures and facts about Yankee legend Ron Guidry.  I remember well the heady days in the seventies when Ron Guidry, The Ragin’ Cajun, was blowing away the Major Leagues and winning the World Series.  Everyone in Louisiana became a Yankees fan at that time.  My mom hatched a scheme to have my father, also Ron Guidry, sign baseballs and sell them to fans.  This would be no lie, she said, but my father wouldn’t agree to it.  On one occasion, he had his credit card refused at a gas station in Alexandria, Louisiana, because the clerk refused to believe that was his real name. 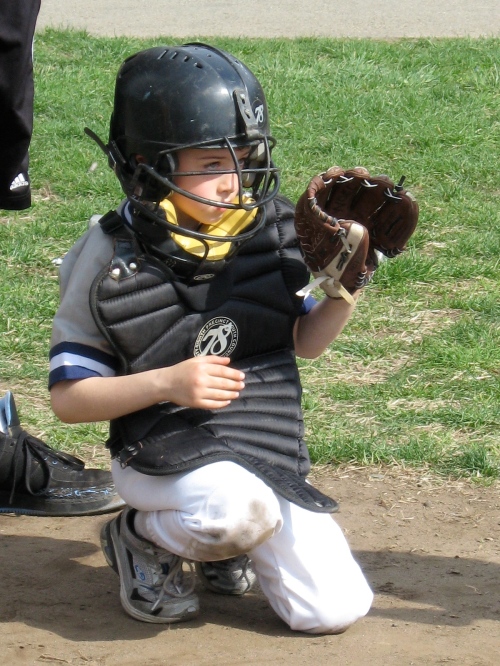 One night recently, as Noel and I were having dinner and watching TV-on-the-internet, I wondered what Noel might think of the song, “Father and Son.”  I called up the video on YouTube and pointed at me when the lyrics indicated the father, and at him when they indicated the son.  His comment at the end was that he didn’t ever want to “go away.”  Of course, a few days ago, he’d announced his intent to go to college in Colorado (notably, he had just visited the state with his mom).  Then he added quickly that he would come back to Brooklyn after college, saying “I’ll live in Brooklyn for ever.”

I said, “Sonny, it’s ok. All fathers and sons go through that.” He looked a little puzzled.  I said that “going away” is not just moving to another place.  It’s also about changing your mind or growing up into someone who isn’t like me or his mom.  He perked up when I said this, as if it meant something to him.  (I didn’t ask.)  Then we listened to other Cat Stevens songs.  When I played “Moonshadow” he said, “I feel like this song is familiar, but I don’t know why.” Then I told him about how I used to sing it to him when he was an infant.

In the years since my son was born, my father has come back to me in many ways. While Cat Stevens was busy becoming Yusuf and converting to Islam, Captain Ronald James Guidry was earning a Master’s Degree in Religious Studies and becoming Deacon Ron Guidry, ordained in the Roman Catholic Church.  He serves as a Deacon to St. Louis Cathedral in the heart of the French Quarter and was for several years Master of Ceremonies for the Archbishop of New Orleans.  He still doesn’t like guns and is trying to figure out if there is anything such as a “just war” – World War II perhaps, maybe Afghanistan in the early going, but certainly not Iraq (I or II) or the other imperial wars America has waged in the last 100 years. As Deacon, he has baptized all three of his grandchildren, including Noel.

I experience him now differently than I did as his young son.  I watch him with Noel and see something I hadn’t expected.  They understand each other and communicate in an intuitive way that seems both foreign and magic to me.  The older man is more easy-going and less rigid than when I was young.  I’ve imagined saying to him now, “where were you 35 years ago?” But I don’t.  He has the right to grow old, to become whatever person he wants to become, even if it seems different from the father I used to know.

As I look at it now, it seems my father was growing older even as I was; while I was busy becoming someone, it turns out that he was becoming someone, too.  This is something I can appreciate only now, seeing him with my own son. Such are the vagaries of time and companionship, and we are indeed companions, me and the Old Man, having survived my two marriages, bouts of unemployment and career redefinition on both sides, the loss of innocence and the freedom of wisdom, and on June 27, 2007, the loss of my mother and his beloved wife, Mary Krupa Guidry.

At the end of the day, I’ve been able to return to my father and to Cat Stevens/Yusuf Islam, a famous singer who brought us together in odd ways many years ago. I listen both to the old Cat Stevens tunes (there are wonderful YouTube recordings) and the new Yusuf Islam recordings, his old songs and his new ones. The music he makes now is much like the music he made before, and he is still pursuing the same dreams. As Yusuf told Charlie Rose in 2009, “It’s the same old heart, you know, that’s the point.”

Last summer, my father did something he’d always wanted to do.  He saw Joan Baez live in concert.  He had always loved her voice and something about her message. The way he talked about seeing her in concert made me think a little of the consummation (albeit chaste) of a long and unrequited love affair, something like Love in the Time of Cholera, a book he has greatly admired and which he read at some point on those early Saturday mornings after my brother and I were gone from household to build our own lives.  It’s wonderful to see him happy.

For my own part, I have mixed feelings about the passage of time and growing older.  Cat Stevens was right—I had to go away, but sometimes I wish I never had.  Then again, every time I look at my son, I am old, but I’m happy.  And so is my father.

In August 2009, Yusuf Islam gave an interview to Charlie Rose, which I reference above.  It’s a great interview, and it’s easy to see how Cat Stevens and Yusuf Islam are the same man.  Particularly poignant is when he talks about how his own son’s interest in playing the guitar sparked Yusuf to pick it up again.  The interview is on YouTube in two parts, found here (part 1) and here (part 2).  Another great interview with Yusuf in Dublin is here.

The Cat Stevens entry in Wikipedia list among his influences a folksinger from New Orleans named Biff Rose.  Biff went to college with my parents at Loyola University in the late 1950s.  Rose went on to have a career of some prominence, and he returned to New Orleans to perform at the Penny Post coffee house in the mid-80s, where I met him when I was performing there.  Around the same time, a young Emily Saliers played there as a student at Tulane University, following Lucinda Williams who’d passed through the venue years before.  The Penny Post is one of America’s great coffeehouses, founded in the mid-1970s.  It closed in the 1990s but has reopened as the Neutral Ground and continues to provide a space for singers of songs and teller of tales.  The Penny Post story is told by Ray Oldenburg in The Great Good Place: Cafes, Coffee Shops, Bookstores, Bars, Hair Salons, and Other Hangouts at the Heart of a Community.