The truth and moonshadows, 4: Coda, from friends 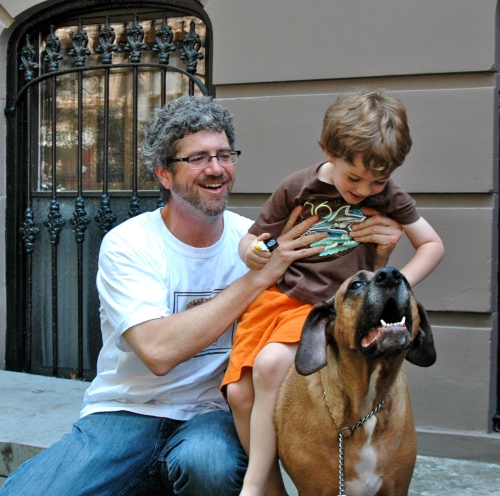 After I published the essays, “The truth and moonshadows, 1-3,” a couple of my friends shared their own stories with me.  The essays prompted them to think of their own fathers.  They are two very dear friends, whose associations go back many years.  This gave me an idea, and on this, my 47th birthday, I ask …

What I seek from this posting is any email or correspondence concerning other fathers and sons. I’d like to collect some of our stories and figure out what they mean.  Send me stories and photos and I will work with you to craft something that we can share.  After you read this, post this to other websites, or email it to friends who are themselves fathers, whether of sons or daughters.

I met Peter in 1996 when I walked on to the campus of Augustana College as a newly minted Ph.D. with an office in a former closet next to his own office, which was small but had spectacular windows.  Peter was my epitome of an academic, walls of books surrounding a neat desk from which he produced a steady stream of books and articles, all the while teaching a full spate of classes for dozens of undergrads who came through Augustana every year.

I just finished reading the third installment of your look at fathers and sons, and maybe because I did so in the ancestral land of my own father—Finland (a place he never saw)—I thought back on our relationship.  The summer after my first year at Michigan was the last time I lived at home.  I got a job working for the mining company, the Cleveland Cliffs Iron Co. (“do or die for the CCI” was the old refrain in Ishpeming).  My Dad had just retired from teaching and I think [he] was at something of a loss, trying to figure out what’s next and seeing his son giving indications that whatever his future was, it wasn’t going to be in the UP.  Most days after work, we went fishing, something we really hadn’t done while I was growing up.  He sought out all of the old small streams where you used to be able to catch brown trout.  It would appear that by the summer of 1967 those streams were all fished out because I don’t recall catching anything, while being eaten alive by mosquitoes.  The experience was, however, a moment of silent bonding that I never forgot.

When my son, while studying for his PhD at Tennessee, and I decided on a road trip that would take us from Nashville through to his place in Knoxville for a few days (including his treat: a John Hiatt concert as a replay of the first concert I took him to when he took up the guitar—John Hiatt and the Tennessee Queens at the Col Ballroom in Davenport), and then on to Ashville.  We called it the “-ville tour” and decided then and there that we would do a comparable road trip each year.  In fact, we had plotted out a trip that started in Memphis and headed south from there.  Before that happened, Aaron proposed to Katie, they got married in Virginia last summer and thus Memphis wasn’t going to happen.  I did help him with the move into New Jersey last summer and will do the same in July when they move to Providence, RI. I am really happy that Aaron got married, but I realized what my father was thinking about back in ’67.

By the way, you really do look like your father.

Jeff and I met in 1986.  In that year, I began the Master’s program in Latin American Studies at Tulane.  Jeff had started in ’85, and so he was a veteran.  He lived with a bunch of hippies and Dead-heads up off Broadway in the coolest house I’d ever seen.  A year later I met my first wife in that house.  I was a neophyte from New Orleans, going to school in New Orleans, who had never left New Orleans (save for a 1984 summer in Mexico City to study).  I was a social justice oriented quasi-Marxist, inspired in equal doses by Liberation theologians and Sandinistas (who were sometimes the same people).  What I said in seminars made sense in some ways; in others, however, it was inchoate and in need of focus.  Jeff gave me a nickname I didn’t become aware of for many months:  “Raw Material.”  It was an affectionate nickname, meaning I would be capable of some very good things when I got more shape and maturity to my view.  Of course, he was right.  The summer before I left New Orleans for good, I lived in that house, subletting Jeff’s room while he was off somewhere in Colombia or Baltimore.

Nice read, John. It was challenging for me to focus on because M is on the phone in the kitchen, and for some reason is being really loud with her parents this morning. I started with part 1 and read all 3. The 3 generations of your family seem to share high emotional intelligence, which is usually repressed in our gender and looked down upon. My friends (especially those from work) look at me askance whenever I emote, unless it’s sarcasm, anger, or drunken boisterousness. I’ve always said that my dad has almost no affect—though he has a good sense of humor—and his only 2 emotions are love and anger. He’s never held back on the affection, but he doesn’t seem to be as insightful as you and your dad both seem to be. Noel is lucky that way. I’m also impressed that you can trace your family back to the 17th century!

The photos are by the author.  The first is of me and Noel and Duke, taken in the summer of 2006 in front of our home at 50 Sterling Place.  Duke departed us in April 2009.

The “UP” to which Peter refers is Michigan’s “upper peninsula,” the triangular nose of land north of Wisconsin that sits between Lake Superior’s southern shore and Lake Michigan’s western shore.  People from the UP are called “Yoopers,” and it was an area historically known for its iron mines, independent spirit, and Finnish settlers.  In Marquette, there is Northern Michigan University, where another old friend from Augustana now teaches.  Ishpeming, where Peter was from, is a few miles west of Marquette on Hwy 28.