The truth and silver bullets 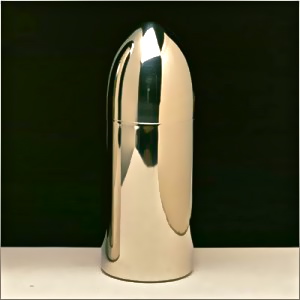 There is no cure that is absolutely certain.

There is no perspective that is universally accepted.

There is no solution that will solve the problem to everyone’s satisfaction.

There is no fix that won’t lead to other problems down the line.

There is no way to foresee all problems.

There is no guarantee of happiness.

There is no Promised Land.

There is no Messiah.

There is no easy way out.

There are always unanticipated consequences.

Hard work is all we really have.

There are no silver bullets.

The truth and miracles

Why do you need a miracle?
Miracles don’t pay your rent,
Pulse your nerves, light the dark,
Still the Earth, or make you well.
Miracles do nothing on their own.

Miracles don’t feed your heart.
This only blood can do, be it
Yours or mine, flesh to flesh
Dried in place.  Stained like rust,
Blood never lets you go.

Miracles live on air
Because they are nothing
New or old under the sun.
Borrowed or blue, nothing at all
But dreams too afraid

To cross that line and cut your skin.
Miracles are cheap excuses for love
Deferred, leaving hope for dead.
They are God-machines grinding down
Your sharp edges until you are dull.

I am no miracle, but I am more
Than you deserve.  Now as then,
Your treadmill grace beats your brow.
Too humiliated to save face,
You struggle for something else to save.

You wear this miracle like a shield
Of dreams.  Proud behind it, you have no fear.
That wish protects, but at a price
You know so well, and so do I,
Every time we go to sleep alone.

The truth and tattoos

Case #1. I once had a friend who had a small tattoo on his ankle.  This was his only tattoo, but it was important to him.  It was a set of Chinese characters, and I asked him what they meant.  He told me, “truth.”  We’d met in a bar, medicating our sadness over lost loves.  I never asked what the tattoo was for, but he told me that it had something to do with his first wife and his daughters, who lived in another town several hours distant, and not the second wife who had thrown him out around the time we met.

Case #2. Ashley Alexandra Dupré has tattoos in different languages (but not English) on different parts of her body.  One of them, tutela valui, had the Latin scholars in New York stumped for a while.  Seems to mean something like I had strong protection, or I was strong by means of a protector.  She has others that are life-affirming sayings and others still that are said to have served as reminders to stay off drugs and clean up her life.  She was the call girl, known as Kristen, whose life style led her in and out of escort service and eventually entangled her in Eliot Spitzer’s downfall in March 2008.

Case #3. Leonard Shelby has facts tattooed on his body so that he’ll remember them.   Shelby has a mental condition, anterograde amnesia, that prevents him from forming new memories.  Along with the tat’s, he “remembers” other facts with Polaroid photographs and paper notes.  This doesn’t work that well for him, until he meets a woman with normal memory, who can help him keep it all straight.  Along the way, she uses Leonard’s condition to manipulate him into scaring off a man who was harassing her.  The fight nearly kills Leonard, who will soon enough find himself back at the place he started.  Leonard is a fictional character in a movie.

In a moral sense, we’re all Leonard Shelby, to one degree or another.  Whether we’re shooting ink into our skin or not, most of us are doing something to remind ourselves of what we think is true, what we want to be, and what or who we would like to honor.  It doesn’t mean that we’re naturally bad, because we’re not.  It just means we all need some help to remember things that are important.

It’s fitting that people would turn to tattoos for the toughest truths.  Getting a tattoo is an aesthetic pleasure that takes shape with pain, breaks skin, must heal, and, if infected with the right bacteria, just might kill you.  Like tattoos, the truth gets under your skin; it gets stuck to you and is hard to remove.  Try to remove it, and you’ll probably have a scar, though of course rich people can get the right kind of surgery to permanently remove truth with very little pain and almost no scarring.

For most of us, though, the tattoos remain.  Just like we do, they get old and fade with time.  The meanings that the tattoos once had are no longer relevant.  Whatever the case, we do with a tattoo what we do with the truth – live with it, figure out how to change it, or ignore it.

The truth and onions

The truth is like an onion.  It’s wrapped in a tough skin that’s hard to get through.  Once you get the skin off, you realize it comes in layers, and you can peel them back one by one.  As with an onion, getting to the truth will make you cry.  Your eyes will burn, and your nose will begin to run.  The truth turns you into a weepy, snotty mess.  The truth hurts.

Ever see anyone eating an onion like an apple?  Ever see anyone in a restaurant order a plate of raw onions for their meal?  People eat pickled onions whole, especially pickled baby onions.  Some people put raw onions on burgers or in a salad, but that’s the point:  if you’re not going to consume the truth in small bits or pickled baby-bites, you’ll need to cook it, cure it, and add other ingredients before you’ll actually want to digest it.

Onions aren’t usually the main ingredient of a dish.  Onions are “aromatics,” the kind of flavorful vegetables that can withstand a lot of cooking and not lose their flavor and aroma.  Aromatics impart their flavors to the things around them.  Other aromatics are carrots, green peppers, and celery, but these aren’t like the truth.  People love eating carrots and green peppers and celery raw, though frequently with dip (closer to truth territory).  But an onion?  Like the truth, an onion is one tough cookie.

To really fit into a dish, onions need to be cooked over a high flame.  As with the truth, turning up the heat makes the onions transparent.  The heat dilutes and transforms their power, so that they flavor the actual centerpiece of the meal – a hunk of meat or fish or chicken or tofu or green beans or spinach.  That’s what you ordered the meal for.  We even use onions to flavor water – but you don’t get the soup for the onions.  You get the soup for everything else that’s in it.  Even French Onion Soup is that way.  The French get it for the clear, rich, dark meat broth and the sweet flavor of caramelized onions.  Americans get it for the bread and cheese.  We expect onions in our meals, but we want much more.

And so the truth is like an onion – its flavors are so concentrated that they startle and burn and choke you.  Truth by itself isn’t something we really want – nor will the truth alone sustain us.  The problem with truth is never the onion-like nature of the truth.  It’s how the truth is cooked up and served.  Done properly, the truth can be part of a very fulfilling, nutritious, and pleasurable experience.  When it’s not, it’s the chef’s fault.